There were strong indications on Tuesday that the Nigeria Governors’ Forum (NGF) might opt for dialogue with bandits and people affected by their atrocities to address insecurity in the country.

The Chairman of the NGF, Dr Kayode Fayemi, gave this indication when he led some members of the forum on a solidarity visit to the Niger State Governor, Sani Bello, in Minna, the state capital.

Recall that gunmen on Wednesday last week stormed Government Science College, Kagara in the Rafi Local Government Area of the state and abducted 27 students and 15 workers.

Fayemi, during the visit to Minna, stated, “We all feel your pain. We feel the fears and the anxieties of the good people of Niger State. This is not something that is uncommon. What happens here is not unique to you. You have been part of several delegations to Bornu State to Katsina State, to Ogun State and to Oyo State. As a matter of fact, you were in Ogun State when the Kagara incident happened, and you had to rush back home in order to attend to the challenge in Niger State.”

“We don’t want to come here on a cycle of lamentation. That’s not our job. Yes, we want to be compassionate. Yes, we want to be sympathetic. We want to feel the pain of our people because our first responsibility as governors as enshrined in the Nigerian constitution is the security and welfare of our people, but we don’t want to lament because the citizens want us to fix the problem. Our people just want us to find a permanent solution to this cycle of violence, insurgence, banditry, criminality, and brigandage in our country.”

Fayemi called for proper coordination among the security outfits, adding that the synergy was required for optimal result in ending the security challenges bedevilling the country.

Indicating that governors might consider dialogue, he stated, “We also need to explore other avenues side by side with whatever the security institutions are doing if that means engaging in dialogue We may not have a choice. We may have to do that, anything to help us to deal with this immediate crisis and then to begin to address on a much more longer time basis, the root causes of this social dislocation responsible for what we are witnessing, all around us.”

The NGF chairman commended the measures taken by Bello which resulted in the release of the passengers that were abducted in the Niger State Transport Service bus on February 14.

Responding, the Niger State governor said the solidarity visit of his colleagues was a morale booster to him and the people of the state.

He added that the time had come for the Federal Government to do the needful in addressing the security challenges bedevilling the country.

According to him, state governors have limited powers especially when it comes to the control of the security apparatus in the country.

Bello stated, “Time has come for the federal authorities to key in and work with state governments so that we are able to provide adequate intelligence and find a lasting solution to this menace.

“We are state governors, but we all have our limitations when it comes to control of operations. We do not fully control the Army, Air Force or even the police.”

Bello said that he was fully in support of adopting kinetic and non-kinetic approaches to curb the banditry.

“I agree we should hold dialogue, as bad as it seems. There is the need to look at the root causes and see how we can address them, but then, make no mistake, for those who have chosen the path of terrorism and do not show any sign of repentance, then the needful must be done.”

The governor said the state government was committed to ensuring that it secured the release of the GSC, Kagara abductees.

Other governors that were part of the delegation were Simon Lalong (Plateau), Abdulrahman Abdulrazaq ( Kwara), Abdullahi Sule (Nasarawa) and Aminu Tambuwal (Sokoto).

Meanwhile, the House of Representatives has asked all heads of the military and paramilitary agencies to intensify efforts towards the release of students and workers of the GSC, Kagara

The House made the call at the plenary on Tuesday following the unanimous adoption of a motion moved by Mr Unyime Idem from Akwa Ibom State.

The motion of urgent public importance was titled, ‘Urgent call on the service chiefs and the Inspector General of Police to Intensify efforts in the rescue of the abducted school children and staff of Government Science Secondary School, Kagara, Niger State.”

Adopting the motion, the House resolved to “condemn in totality, the attack and abduction of students and staff (workers) of Government Science Secondary School, Kagara, Niger State, which occurred on February 17, 2021.”

The House also mandated “all service chiefs, the Inspector General of Police and other security agencies to intensify efforts for the rescue of the abductees.”

Furthermore, the House mandated its Committee on National Security and Intelligence to ensure compliance with the resolutions.

Moving the motion, Idem recalled how gunmen on February 17, 2021, at 2am, attacked the school, killed one student and abducted 27) students and three members of the staff alongside 12 of their relatives.

The lawmaker also recalled how at least 30 travellers were abducted on February 14, 2021, by gunmen who ambushed commuters along the Tegina-Zungeru highway in Rafi Local Government Area of Niger State. He said the gunmen also killed three members of the local vigilante group which attempted to foil their operation.

He further recalled the incident in Shiroro also in Niger State on February 18, 2021, where gunmen attacked and killed one person, injured two and abducted an uncertain number.

Idem said, “The House is devastated that the affected pupils and their families will be deeply traumatised, especially the family of the deceased pupil. One can only imagine how the abductees will be faring under the armed bandits, and what kind of reorientation they will be receiving, leaving their parents, guardians and relations to suffer insomnia.

“The House is saddened that the abductors released images of their location and one of them was holding a rocket-propelled grenade, a shoulder-fired missile that launches rockets equipped with an explosive warhead, which only Federal Government could grant the licence. The abducted persons could also be seen sitting on the floor and covered in dust.

“The House notes that the recent happening, particularly in Niger State, is horrible and the government must move swiftly to curtail this menace, else we will soon have a nation of perpetual anarchy.” 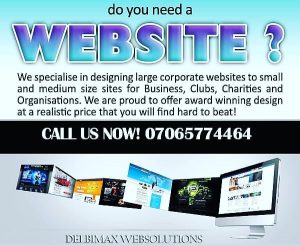